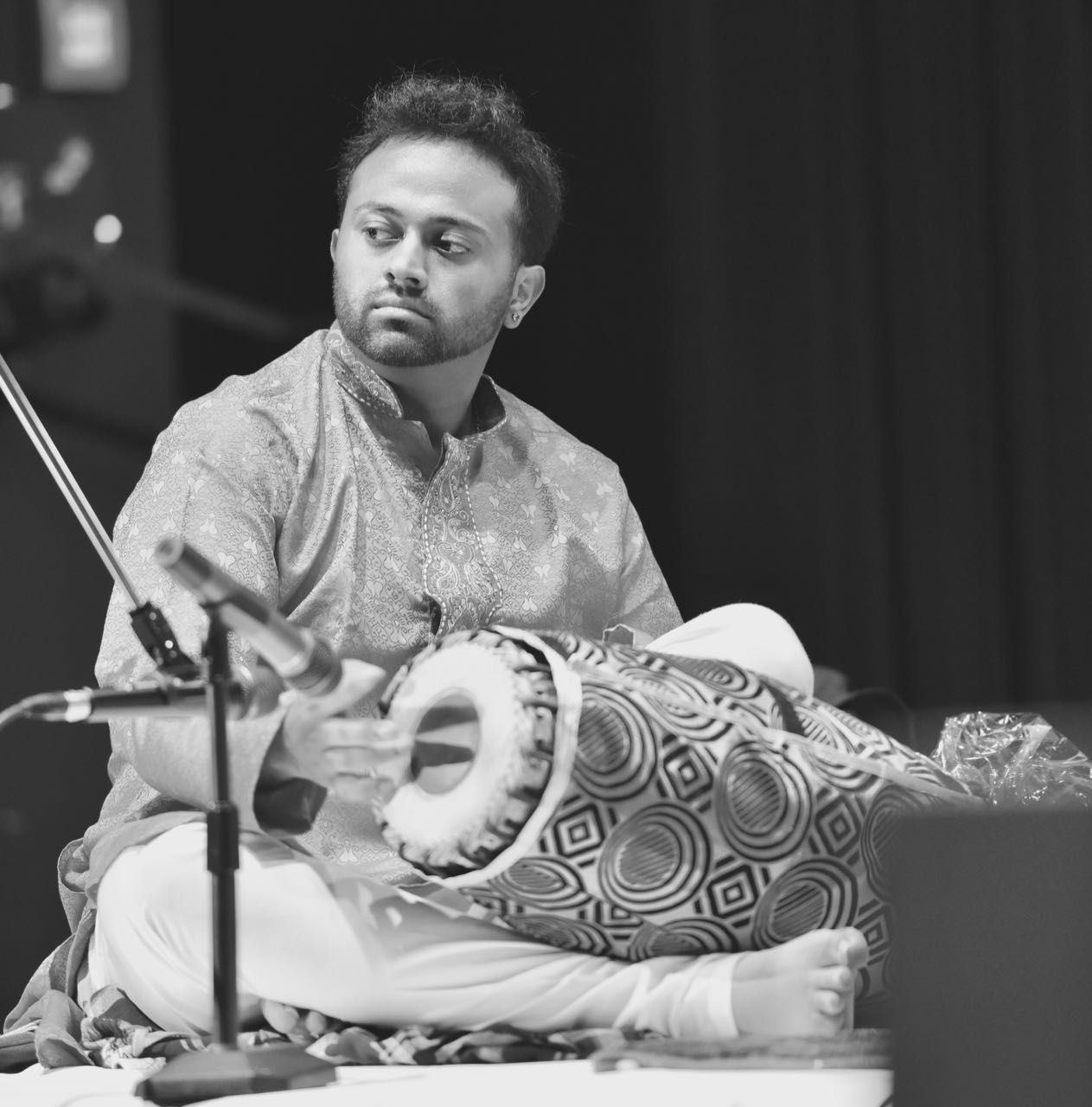 
In 2006 he got his Dipl. in Miruthangam (UK, 2006), followed by Laya Gnana Vaarithi (Australia, 2008) and Isai Gnana Mani (Germany, 2015), in parallel he also got an B.A. in International Management. Furthermore he is taking advanced classes in India from his Gurus N. Ramakrishnan and A.S. Yogarajah Ramanathan from Sri Lanka. In addition he was trained by Ustad Same Rafi in Thabla for many years. To understand carnatic-music in a deeper way, he has also learned Violine, Veenai, Sangeetham and Bharatham for some years. He does accompany Concerts, Arangetrams, Aatruhais and other events and play for several Tamil Bands.


He has played with indian masters of music like:


He did his Arangetram with his brother Nagushaanth Nayinai Wijayan in 2005. Finishing the Diploma in Mridangam in 2006, they have started to give Mridangam classes in their Association at TKWE with more than 17 years of experience. In 2017, he has co-founded 'Tamil Culture Fine Arts Academy Germany' based in Essen-Ruhr, where carnatic-musicians and dancers from within Germany were trained within a 8 year practical and theoretical programm with an officially approved graduation in the carnatic music-system. Workshops and concerts by top international artists take place there regularly. Guests come from all over Germany, Denmark, France and England.